The History of Santa Monica

You are here:
Santa Monica 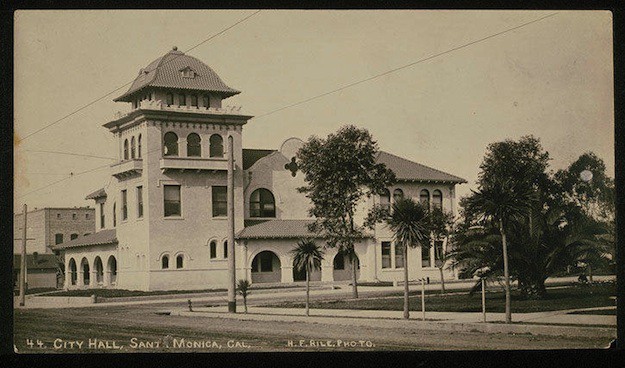 California is a living legend. A success story. A way of life. But most of all it’s the symbol of the American dream! It’s the entertainment capital of the world.

Santa Monica is the charm of a seaside resort. It’s one of the most beautiful beaches in Los Angeles and a legendary pier! This former marshy area populated by birds is now a human-scale city. Santa Monica gets particularly busy on weekends. Let’s go back in time and dive into the history of Santa Monica.

When California Was Under Spanish Rule

The city of Santa Monica takes its name from Saint Monica. She’s the mother of Augustine of Hippo and the patron saint of mothers and widows. It was a Franciscan, Father Juan Crespi, who named the future city in 1769. At the time, California was under Spanish rule.

In 1821, Mexico became independent. 7 years later, it divided the area into three concessions:

In the middle of the 19th century, the area quickly became a resort for rich merchants from the east of the country.

The Foundation of Santa Monica

In 1872, Colonel Robert S. Baker purchased 16,000 acres at Rancho San Vicente y Santa Monica. He also bought the entire area that would later become Pacific Palisades. Two years later, John Percival Jones bought control of the fledgling city for $162,000. He was a senator from Nevada, now considered the founder of Santa Monica. The two men developed it jointly and one year later, there were already 1000 inhabitants.

The Expansion of Santa Monica

Hotels and luxury residences came to life. Among them is the famous Miramar Mansion build for Senator Jones. It became the Grand Miramar Hotel in 1924. At the very beginning of the 20th century, Santa Monica became one of the main ports of Los Angeles. The famous Pier opened its doors to tourists.

In 1920, the city was inhabited by 37,000 inhabitants. Among them were some very rich Hollywood celebrities, business leaders, or press magnates. One of them was Will Rogers, at that time the most popular and best-paid actor in Hollywood. The actor bought a huge piece of land in Pacific Palisades to build a ranch (which became a State Park in 1955).

Los Angeles has not been spared the economic, social, and environmental crises. But its energy, creativity, and wealth are shaking things up. The city is revitalizing its development. It’s protecting its heritage and taking on new challenges.

In the 1980s and 1990s, the revitalization of the downtown area revived the growth of the city. Employment and tourism were the main reasons for:

Santa Monica is the favorite place of relaxation for locals and tourists alike. It has a lot to do with its pleasant climate.